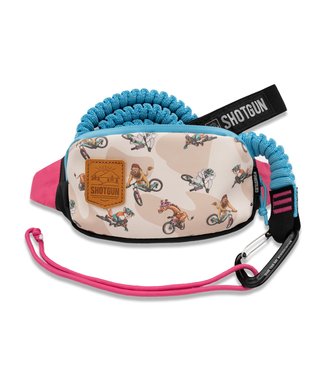 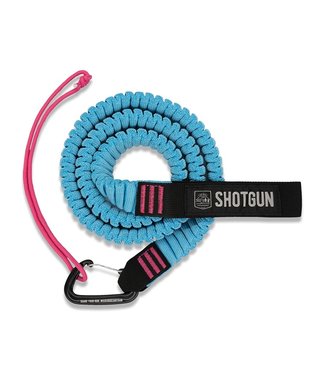 Take the hassle out of the hill climbs and enjoy bigger fami..
C$75.00

Our journey begins in summer of 2016 when mountain biking with kids was splitting up the family for co-founder Dan Necklen.

“Our kids were 3, 7 and 9 years old at the time, and we’d literally have to split up to go riding. We’d head to Rotorua for the day, and I’d ride the longer trails with our older boys, whilst my wife Alicia would have to stay near the car park with our youngest son on his balance bike. We all loved mountain biking, but we hated having to split up to do it – we had to find a better way.”

Dan knew that a rear-mounted seat wouldn’t work on his full suspension bike, so he started looking at other front-mounted child seats – and he found two options suitable for mountain biking. But unfortunately, the first one wouldn’t fit the stem of his bike, and the second was a permanent attachment that risked scratching his pride and joy.

And that’s when co-founder, product designer and MTB Dad Tom Hayward stepped in. The brief was simple. To design a child bike seat for parents who have high-end full-suspension bikes, and want to take their kid's mountain biking with them.

“After several prototypes, and plenty of feedback from MTB families and bike retailers, we had a design that was working really well – and most importantly, parents and kids were loving it!”

Fast forward a few months, and the first version of the shotgun seat was born, and a pre-order campaign helped launch the brand in New Zealand. In March the following year, the shotgun handlebar accessory was released, and the company evolved from a single-product business, into a wider brand with the vision of raising the next generation of mountain bikers.